I wanted to buy some Sony VTC6 batteries, and I was wary of fakes, so I wrote a battery discharge calculator with an associated hardware component (just a simple current and voltage sensor). I then took some measurements of my known-good batteries, and the new ones I bought.

The methodology was the following: I connected the battery to the sensor, and the sensor to a configurable load. I set the load to draw a certain amount of amps until it reached a cutoff voltage, and then to stop. I then plotted mAh drawn versus voltage, as well as amps drawn.

The batteries I connected were in various states of use, and various configurations (for various reasons, I couldn’t test single cells). The configuration, state of the battery and provenance are mentioned below.

Here are the graphs:

This is a genuine (as far as I can tell) Sony VTC6, fairly used in high amp draw situations (I use it in my plane), in a 3S configuration: 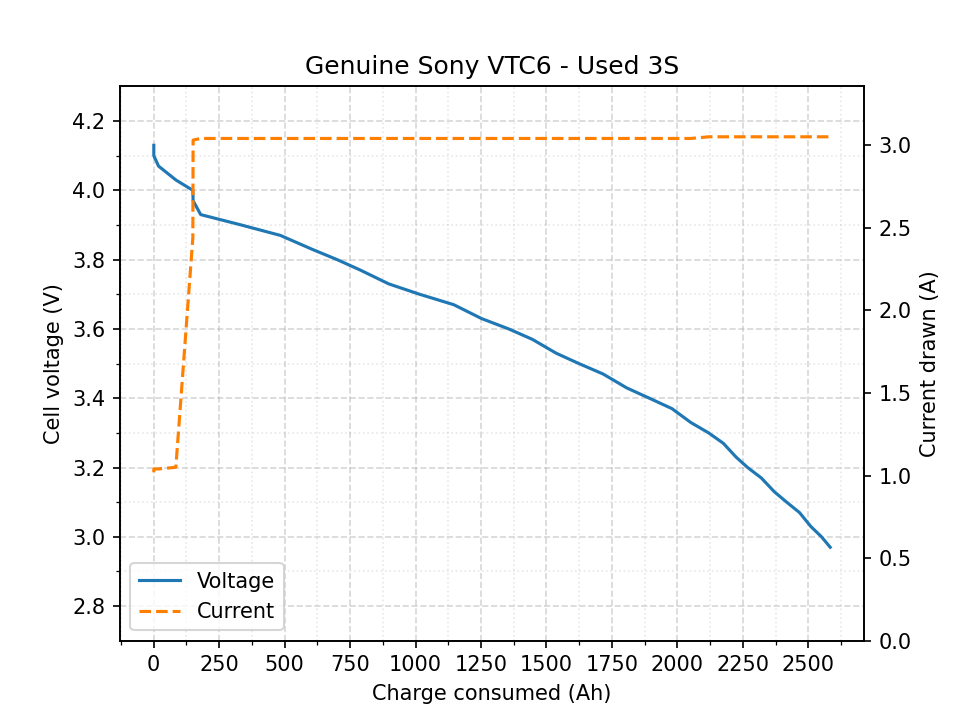 You can see that it output around 2600 mAh before I stopped it at 3V, which is quite good. 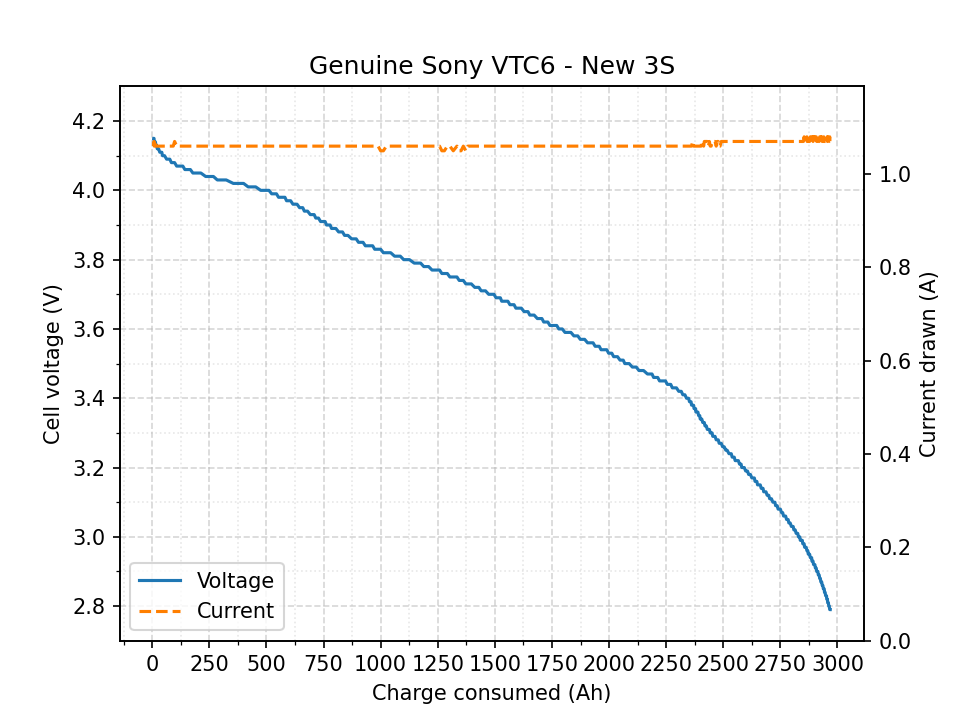 This is a pretty blatantly fake “Sony VTC6”, brand new, in a 2S configuration: 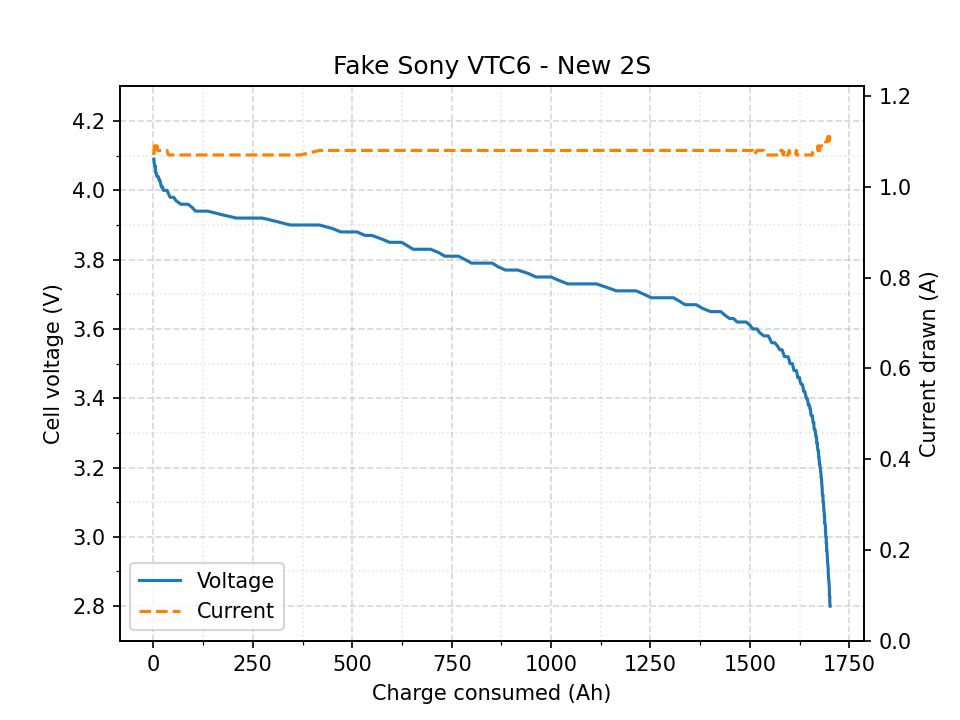 The performance falls off a cliff after around 3.6V, and it only outputs 1600 mAh before it dies completely.

Trying to draw 6-7A is even more spectacular (and it gets very hot to the touch): 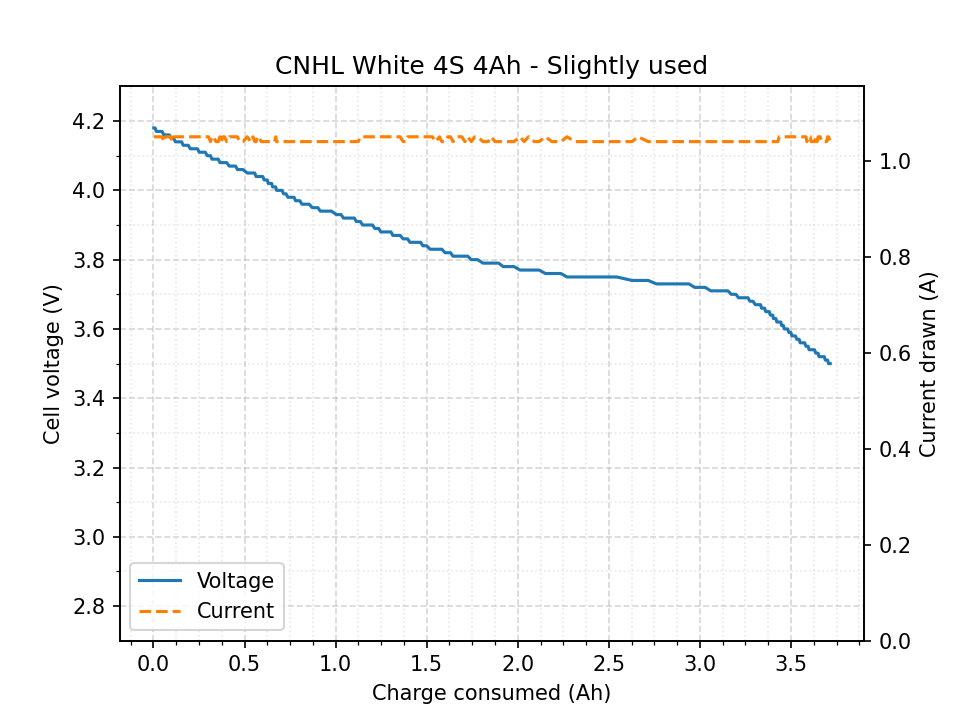 You can see that it’s pretty decent, outputting nearly all of its nominal mAh, decently linearly, with a slightly faster drop after 3.7 V.

Last updated on September 12, 2021. For any questions/feedback, email me at hi@stavros.io.